Dreamscaper is an ARPG Roguelite blending elements from brawlers, top-down shooters, and dungeon crawlers. Every slumber is a different dungeon in an ever-changing world with a multitude of unique events and challenges. Play as Cassidy, dive into her subconscious and take on the surreal nightmares she wrestles with in order to save her from a dark fate.

Dreamscaper is developed by the independent Afterburner Studio, which are: 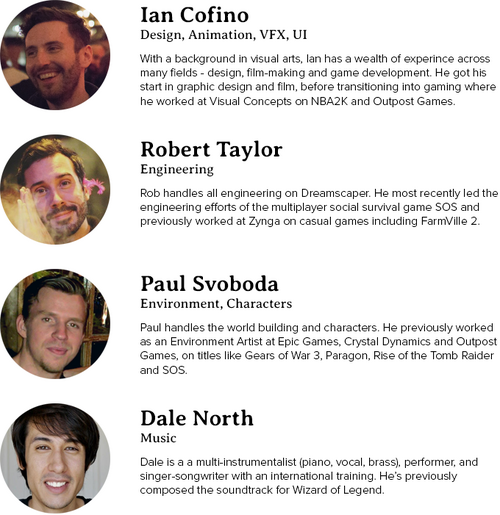 They are working from San Francisco, California and Canada.

Dreamscaper Wiki is focused on creating the definitive guide to Dreamscaper. However, while we make an effort to be complete, we are not an official game support channel.

The official game support channels can be found here: